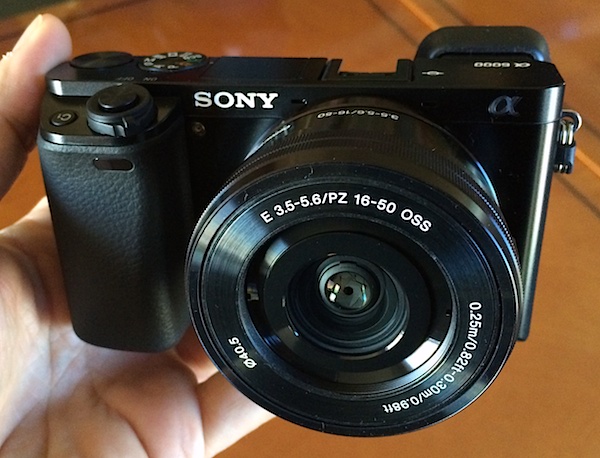 I have video recorded with my Sony A6000 in AVCHD format. I want to edit it in Final Cut Pro X. But I’m unable to, as FCP doesn’t seem to be compatible with AVCHD files. I’m trying my best to find out a way to import the MTS files from Sony A6000 to Final Cut Pro perfectly. So I have scoured the internet, tried everything I could find, and now have a decent solution.

In the first try, as some users suggested, import Sony A6000 footage from the camera. With a USB cable connected and the camera on, through Final Cut. With the camera on and plugged into Mac, go to File> import. Do not import directly from the SD card. This is the only way to use Sony files with final Cut Pro.

I tried the way, but it still didn’t work. The MTS files are greyed out.

Another possible way is to convert Sony A6000 footage from AVCHD to ProRes .mov for editing in FCP. In this try, what we need to care is how to do that with minimal quality loss. So a professional MTS to FCP Converter is the key. Tried 5+ MTS converter apps, I decide on Brorsoft’s MTS/M2TS Converter for Mac.

Overall, the program is the best Mac AVCHD MTS converter. With it, you can effortlessly transcode Sony A6000 MTS to ProRes MOV, which will create a FCP X, FCP 7 friendly file format keeping the original quality. Besides FCP, this software can also export DNxHD for Avid, MPEG-2 Premiere Element/Premiere Pro, Apple InterMediate Codec for iMovie/Final Cut Express and more NLE systems for native editing. Just download it and follow the tutorial below to get the work done.

Install and launch the MTS video converter and load source clips to it no matter from camera or SD card.

After the conversion, click “Open” to locate the result videos and then launch Final Cut Pro, choose File > Import > Files…, to import the converted Sony A6000 footage into FCP with smooth workflow.